It’s a summer afternoon; the sun is really beating down in Oakland, the kind of beating where you can’t tell if it’s one of the Bay Area’s extended summers, or climate change. Tayleur Crenshaw, one half of the duo who hosts Second Mondays has just given me a tour of her neighborhood. It’s colorful here, and I don’t mean that in the same sense that affluent urbanites (or gentrifiers, as some would refer to them) often describe a neighborhood they “discover.” I mean colorful in the most literal sense. She takes me past a beautiful mural that covers wide walls and multiple buildings covered in technicolor mosaic tile, all along the waterfront. It’s gorgeous here, but also, where exactly are we? I’m five minutes away from Fruitvale BART, which I frequent numerous times a week, and yet I have no idea where in the city I am. Wherever this beautiful place is, I love it. This also happens to be the site of the very first Second Mondays event.

“If Oakland’s influence on the artistic stratosphere is to continue to ricochet to the culture at large, someone has to facilitate conversations that become a movement.”

Like most urbanites, I don’t venture very far outside my own watering hole. But what good does it do to meet the same people and do the same things over and over again? Especially in a city filled with some of the best creative minds. Some who were either molded by the city’s history or those like me who came to Oakland seeking community and artistic refuge. Chance meetings between artists that challenge or validate an individual artist’s experience propel good work. Think of Spike Lee’s Brooklyn Boheme in the 80s and 90s that birthed films like Do The Right Thing and stars like Wesley Snipes; or quite recently the poets, emcees, and artists who came of age in Oakland in the early to mid 2000s like David Diggs and Chinaka Hodge. If Oakland’s influence on the artistic stratosphere is to continue to ricochet to culture at large, someone has to bring the people together. Someone has to facilitate conversations that become a movement. This is where Second Mondays enters the picture.

Maud Alcorn, Tayleur’s partner and not roommate, lives in Antioch. Maud was born and raised in Oakland, “I grew up in a very black Oakland. In an Oakland that is different from this. My whole family lived within ten blocks of each other.” Maud doesn’t live in Oakland at the moment because she can’t justify or rationalize the wild rent here. She describes her and Tayleur’s relationship as being similar to Oprah and Gayle, and she is quite happy to be the Gayle. She describes Tayleur as the personality who reaches forth and invites people into the room while keeping them there with a trademark charm. Maud, on the other hand, is most comfortable in the role of strategic organizer. She pays attention to the details so the organic meeting of minds, that is in essence what Second Mondays is, goes seamlessly.

Second Mondays began months ago unceremoniously in Tayleur’s living room which she shares with her roommates. “I clown Tayleur because at the first Second Mondays, she had Carlo Rossi as the wine and banquet beers and nobody drank them,” Maud says amid a fit of laughter.

Since then, the once-monthly open mic has extended beyond Tayleur’s apartment, drawing a crowd of over 100 people to Red Bay Coffee Shop during an Oakland Warriors game on one of the hottest days of the year. The monthly affair now includes performers, plus vendors selling food and handmade items.

The success of Second Mondays is partly due to the quest for good vibes. Pardon the colloquialism. Who doesn’t love returning to a place where they are always welcome? But good vibes don’t just happen. Sometimes it takes the work of people curating, bringing others together, and laboring over the details to create an atmosphere that fosters good vibes.

“We switched from Dominos Pizza to vegan options and from beer to wine. When I noticed the corporate people with 9 to 5s were leaving early for dinner, we knew we needed more food,” says Tayleur. “We pay attention to what people want and need,” Maud says finishing her sentence.

Scrolling through Second Mondays’ Instagram account, you get the feeling that you are missing out on the coolest party you’d never heard about. It is tile after tile of black faces in many shades, playing, hugging, reciting verses and loving the warmth of each other’s company. When it comes to artists of color building community, the general expectation of these kinds of spaces is a seamless “kumbaya” but black people, like all people, are not a monolith. Our differences are beautiful but can often make us feel separate from each other.

“Before Second Mondays, there wasn’t a lot of diverse and dynamic black people in spaces interacting with each other,” says Maud. “The East Coast people would hang out with other East Coast people. If you were in tech, you would hang out with other black people who are in tech. Creatives stay with other creatives. I feel like Second Mondays brings everybody together and that has really been the difference since day one.”

“And it’s not by accident,” says Tayleur, finishing the other’s sentence—this happens a lot. “We break our backs to bring everybody together. We go to different functions. We do that on purpose because we want it to be like that. We honor the intersections that black people have.”

As long as people continue to seek a tribe, Second Mondays will continue to grow. Its lasting impact will be felt by artists who emerge from its scene and ricochet to the city as a whole, but it needs help. At the moment, Maud and Tayleur both hold down many jobs, including being a poetry instructor at the Oakland School of the Arts and being an administrator at the women’s co-working space, The Wing. “We have to find a way to give us and our team a salary.”

“This is our business and we plan to scale it up. We need mentors and a business strategist,” Tayleur says. 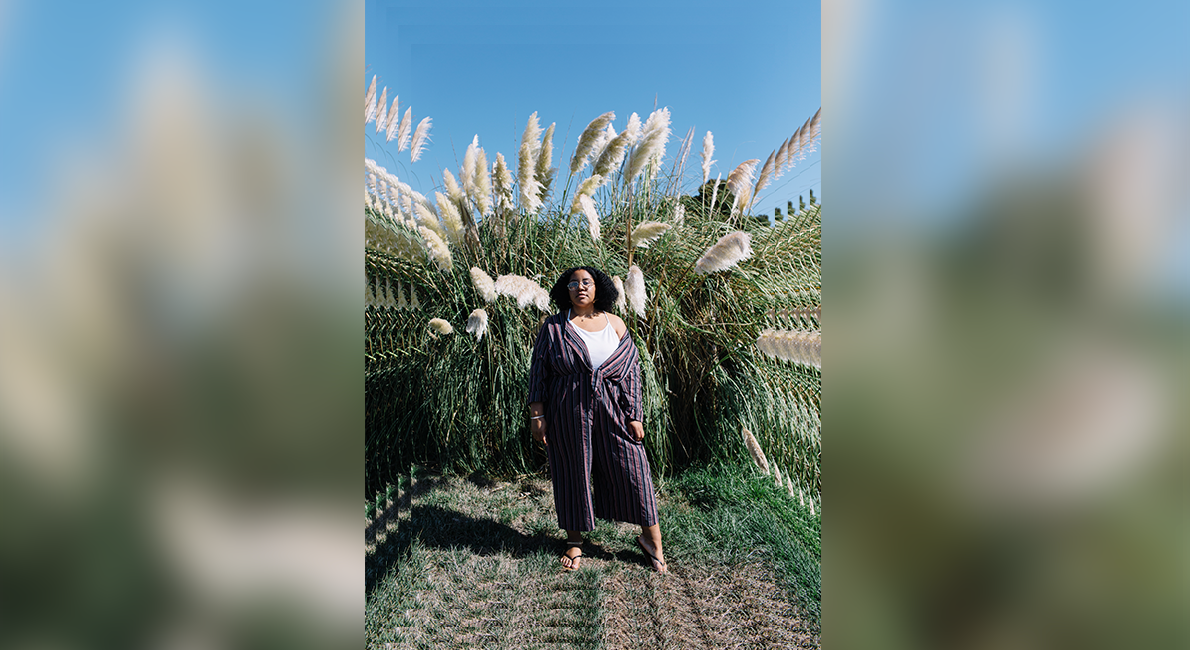 “We are thoroughly supported by our community, but we and our community are one in the same. It takes people outside of our community who see the value in what we are doing and want to support that. If we had support as these two black women who are trying to do something great for our black community, it could be bigger than we ever imagined.”

Maud Alcorn and Tayleur Crenshaw are the creative powerhouse behind Second Mondays. The event is hosted at Red Bay Coffee. IG: @second_mondays