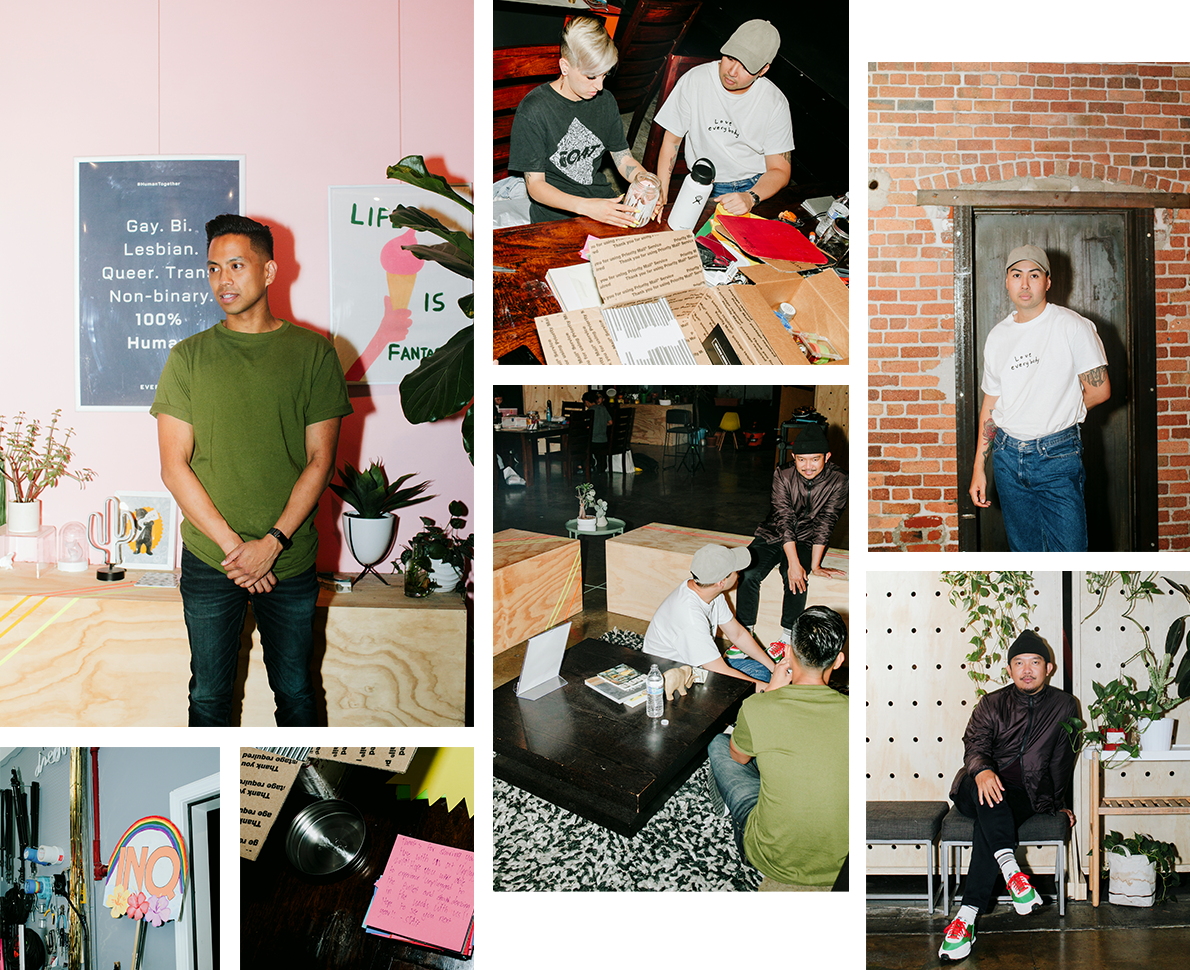 From a lively room in West Oakland, surrounded by plants, art supplies, and busy volunteers, the owners of Full Out Studios are deep in discussion. They’re hatching a plan for their next project to push the limits of hip hop dance not only for themselves, but for the art as a whole, and for the vibrant community surrounding it.

Anthony Esposo, Emerson Aquino, and Rocko Luciano are catalysts. Three years ago, they opened Full Out Studios with the goal of creating a home for hip hop – a place to hold classes, build their dance companies, and welcome POC and LGBTQ people like themselves.

What they created has truly taken on a life of its own.

“It’s so much more than we could have anticipated,” says Rocko. “To see how powerful a space can be when people identify with it, when they feel it represents them and it feels like home, to have volunteers that give their time and energy just because they believe in what we’re doing and what we stand for — it’s become the driving force.”

“The studio created its own identity that people have latched onto in a cosmic way,” adds Anthony.

Speaking with the three of them makes you feel like anything is possible. Their hopeful energy is contagious, and it’s matched by their incredible drive. Emerson, who moved to the Bay Area from the Philippines at age 15, always had a dream of opening his own dance studio. He put in the work, first in training as a dancer and choreographer, then in starting a whole family of dance companies under the umbrella “Funkanometry,” and cultivating a community of Bay Area hip hop dancers along the way.

“I was a quiet kid, so my mom put me in dance classes,” shares Rocko. “When I was 18 I took a class with Emerson, and he encouraged me to audition for his dance company. That’s what catapulted me into this world.”

Anthony, who comes from a long line of doctors and nurses, arrived at hip hop dance by way of nursing school. “I’m actually a registered nurse practitioner,” he admits with a smile. “Somewhere along the way I realized I did it just to prove to myself and my family that I could.” During graduate school, Anthony began dancing more seriously and became a director for Emerson’s all-male company, Project M.

“We felt so disconnected from the identity of the studios we rented from; we were viewed as the outsiders.”

It’s no secret how difficult it is being an artist in the Bay Area. But there are unique challenges for hip hop dancers, especially when it comes to funding. “It’s the dance of the minorities,” Emerson explains. “which means it’s taken less seriously in the world of professional dance. When I speak to potential donors, sometimes I include the word ‘contemporary’ just because it adds credibility in their eyes.”

“Street style and urban dance is looked at differently than traditional styles,” adds Rocko. “Other more traditional companies and studios are founded on a huge amount of donor money. The reality is we have less access to that.”

For years, Full Out Studios rented out space in other studios. “We felt so disconnected from the identity of the studios we rented from. They were always ballet or jazz studios, and as hip hop artists, we were viewed as the outsiders,” says Emerson.

When they found a potential studio in West Oakland, they turned to the community for help, jumping into a month-long fundraising campaign. The response was overwhelming. “It happened so fast that there wasn’t time for the reality of it to hit us. We were swept up in the momentum,” says Anthony.

Even with their own studio, it is hard to dedicate themselves as full-time dancers. The Bay Area is a challenging place for the profession because there’s no industry supporting the art. “In New York, you can get paid to dance for a company and make a living that way,” explains Rocko. “In our community, most people have other jobs — they’re an engineer who also teaches a jazz-funk class.” 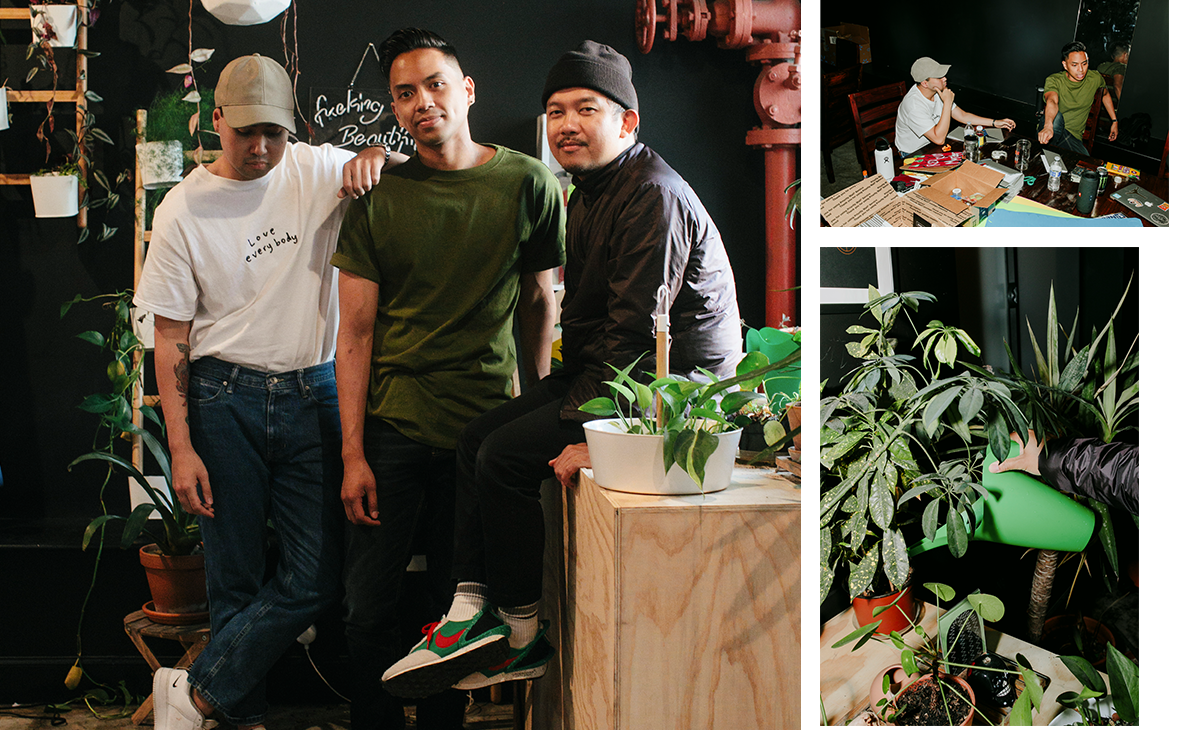 Locals are working to change this, though. Emerson recently founded the NorCal Hip Hop Dance Coalition to bring studio owners, choreographers, and patrons together to find ways to build up the industry. Oakland, as an origin point for music and dance, is rich with hip hop history. That tradition is now being carried on by a growing number of dance studios run by people of color, suggests Emerson. “The ambition is rising and there are a lot more resources for dancers here now,” he says. At Full Out Studios, each year they’ve found new ways to expand what they are offering.

When we spoke, the guys were preparing for Unplugged, or as they call it “the Coachella of dance.” Now in its third year, Unplugged is a weekend of high quality dance classes in the woods with an emphasis on mindfulness and community. It’s an opportunity for people to connect on a deeper level, without the distractions of everyday life.

“As our community grows and grows you can easily get lost in a classroom of 20 to 30 people. And after classes, you’re packing up, rushing to the next part of your day. That’s why we need this event,” says Anthony. “A lot of people describe the experience as ‘life-changing.’ To create something that has so much impact on someone’s life is amazing. We’re committed to keep doing it better every single year.”

When I asked what’s next for Full Out Studios, they told me that they’re turning attention outward to seek ways of collaborating and sharing their space with the broader Oakland community, especially with underserved populations.

“Lately it feels like everyone is so divided. I find it healing to bring my own community together so it feels like the opposite,” says Emerson. “We’re all impacted by the socio-political climate, especially as POC business owners — gay Filipino Americans to be exact — we need to show that we are thriving. It’s stressful, but we have the support of a community and that makes it so much more worth it.”

Anthony Esposo, Emerson Aquino and Rocko Luciano are the owners of Full Out Studios located at 1225A 7th Street in West Oakland. Classes are available daily. fulloutstudios.com / IG: @fulloutstudios